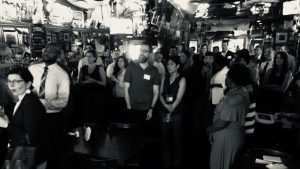 I am humbled because my supporters come from places you might not expect: lawyers I battled against in trial; lawyers I’ve ruled against as a Judge; retired lawyers; lawyers who don’t have cases pending in my court;  lawyers who fought hard against each other in trial in my court; Judges who heard cases I tried; Judges from courts that don’t have anything to do with criminal law; Retired Judges; community activists; probation officers; public defenders; appellate practitioners; current and former prosecutors. 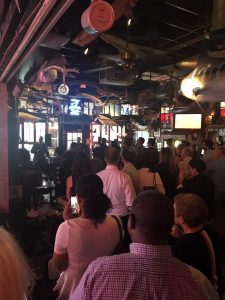 I also shared the night with my friends and family. Their unwavering support and guidance mean the world to me. I have learned so much from everyone who came. But the lessons I’ve learned from them have very little to do with law and procedure, and everything to do with good values like diligence, dignity, and integrity. For that, I am grateful. 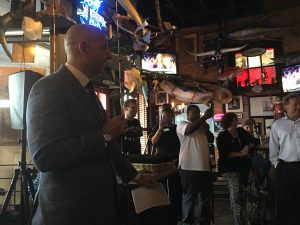 Thank you to everyone who has supported me during my first two terms. I am humbled by the vote of confidence, and grateful to continue to learn from each of you. I promise I’ll take these lessons to Austin. 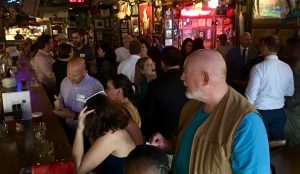